My name is Thomas Berlok and I am a postdoc at the Leibniz-Institute for Astrophysics Potsdam (AIP) in Germany. I am part of the research section Cosmology and High-energy Astrophysics which is lead by Christoph Pfrommer.
My research focuses mostly on astrophysical fluid dynamics and plasma astrophysics. In terms of astrophysical systems, my work so far has primarily been on the dynamics of the intracluster medium in galaxy clusters and on cold streams feeding galaxies with fuel for star formation in the early universe.

I use computer simulations for much of my work and I am interested in the underlying numerical methods as well as scientific computing in general. I am the main developer of Psecas (Pseudo-Spectral Eigenvalue Calculator with an Automated Solver, see code on Github) and a Braginskii viscosity implementation in the moving mesh code Arepo. During my PhD studies my advisors and I also developed a 2D hybrid-kinetic code for studying ions in collisionless plasmas (this remains unpublished but details can be found in my PhD thesis which can be downloaded here).

I am currently working on a new suite of cosmological simulations of galaxy clusters. Cosmological simulations start shortly after the Big Bang and capture how matter collapses to form the first galaxies, some of which later assemble in galaxy clusters. This project is a collaboration between AIP, MPA and CITA. We've been awarded computing time on SuperMuc-NG in Garching. Galaxy clusters form at the largest over-densities in the cosmic web which reveals itself in our 1 Gpc/h box simulation. We have used this box simulation to select a few galaxy clusters for re-simulation at much higher resolution using a so-called zoom-in technique. This is illustrated in the image below. 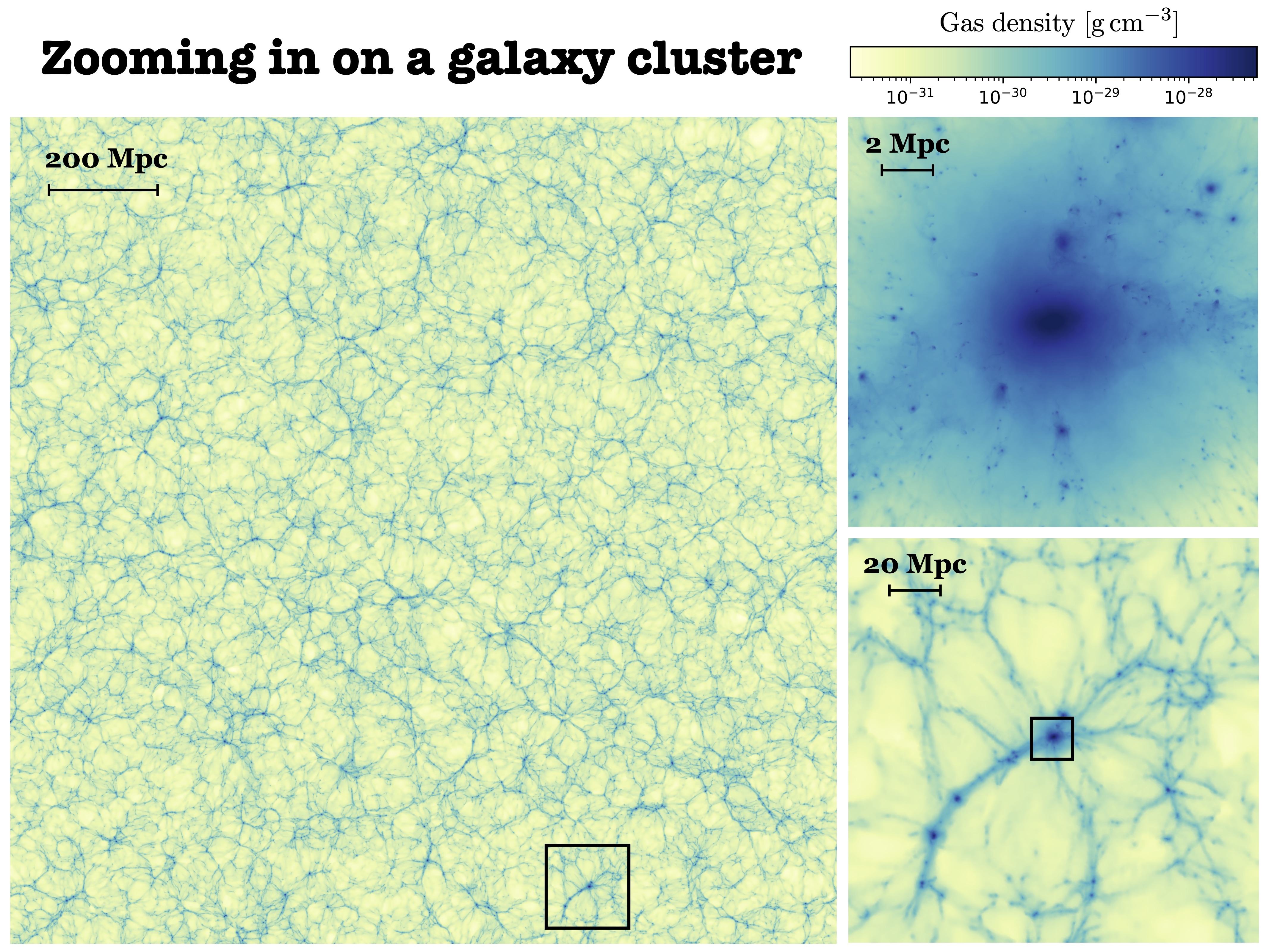 I have created a few animations of our simulations, two of which are shown below. The first animation shows the formation of a galaxy cluster and how it undergoes a major merger with a smaller galaxy cluster when the universe is around 10 billion years old. The merger creates bow shocks which heat the gas in the intracluster medium. The second animation uses a higher resolution and takes a closer look at where the shock energy is dissipated (right-hand panel).

My publications can be found on ADS or via the links below: 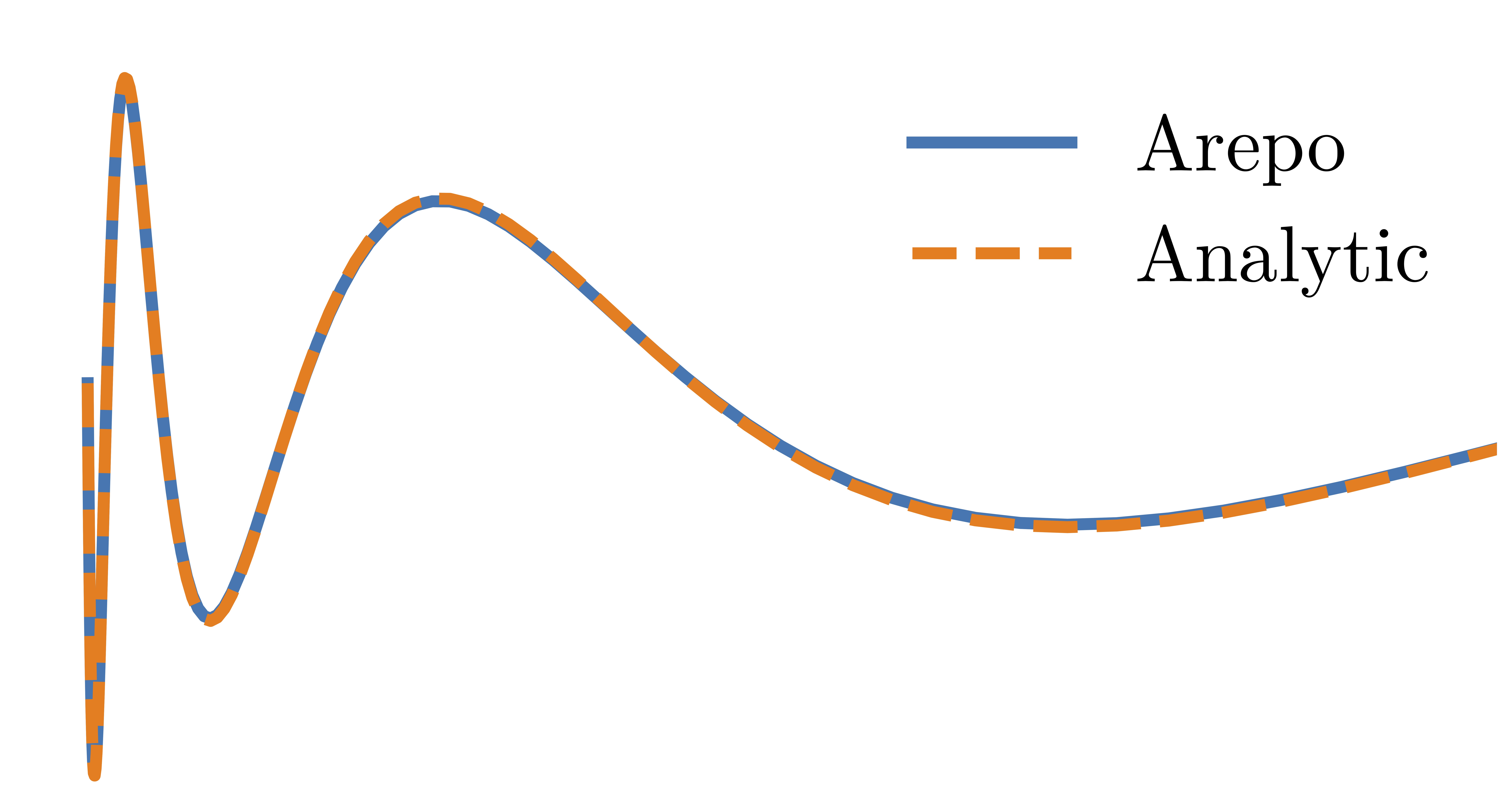 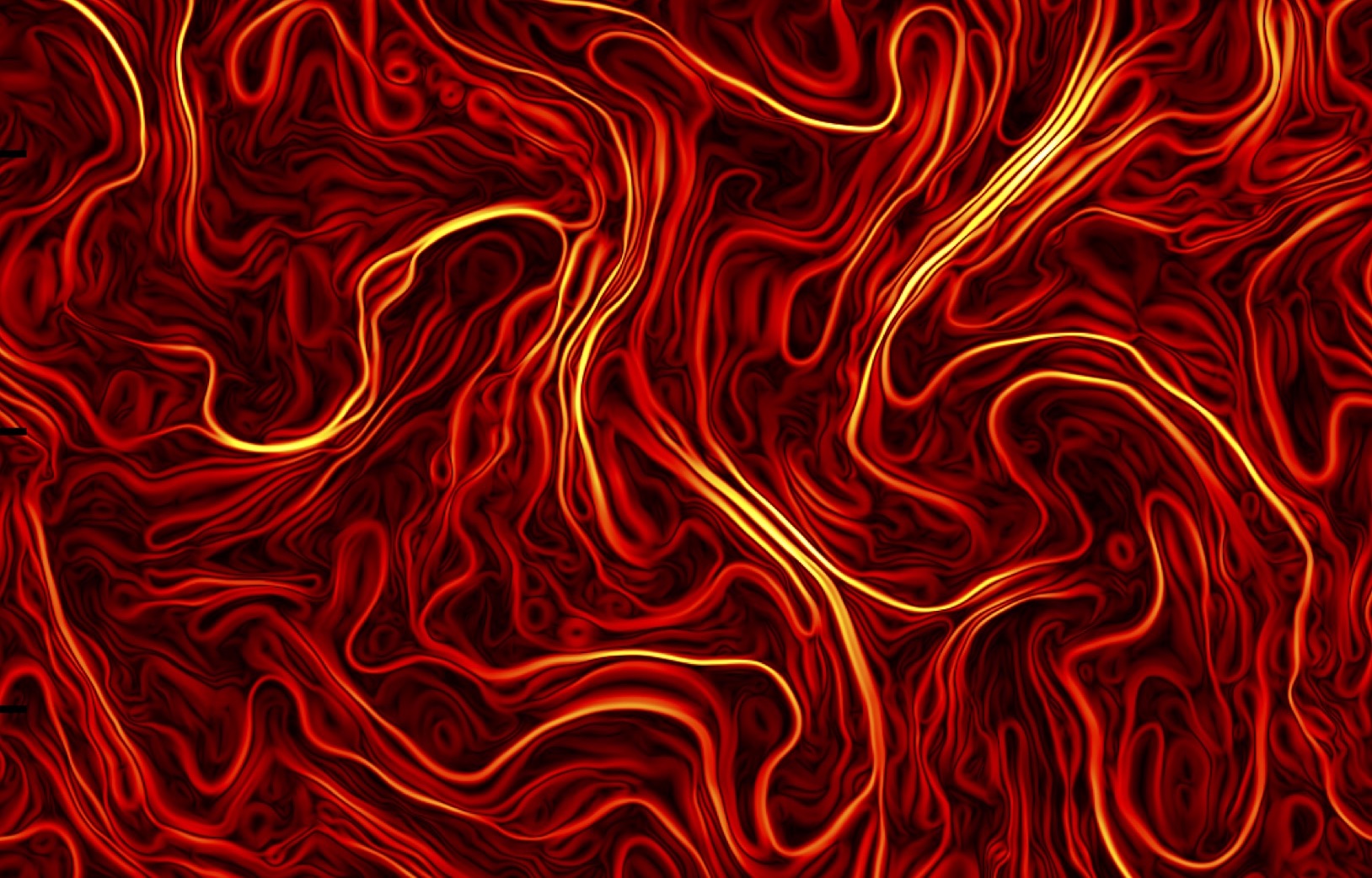 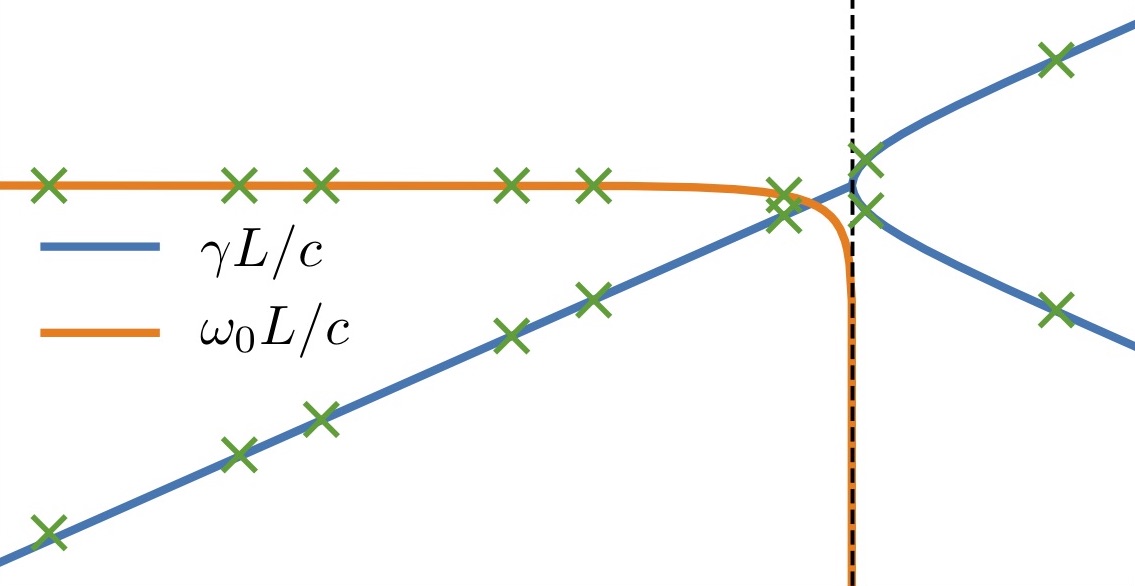 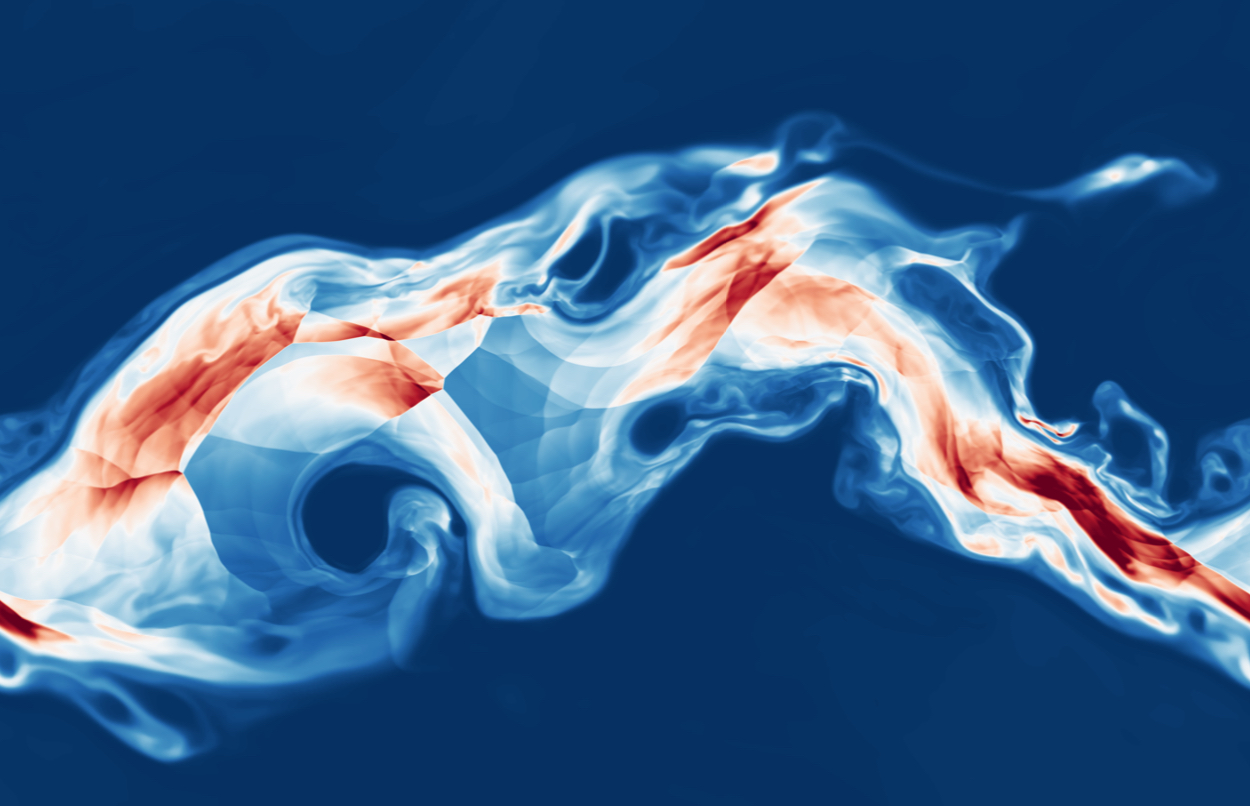 Watch animations of figure 4 and 5. 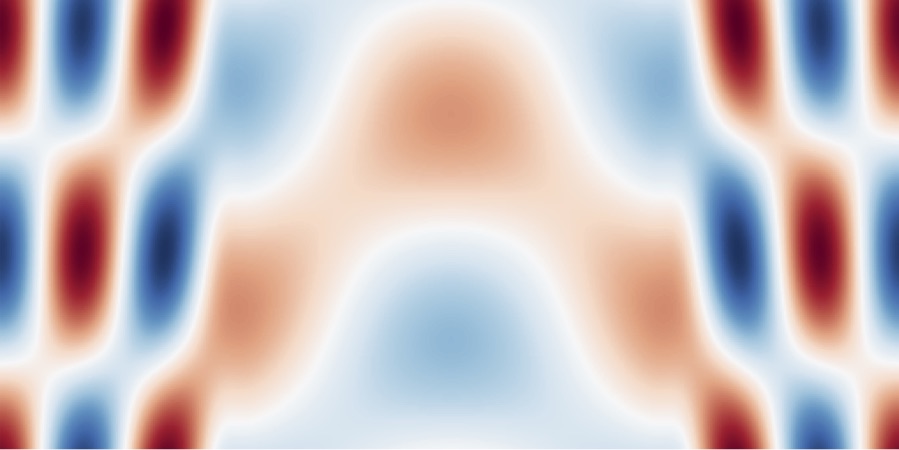 Psecas can be downloaded on Github. 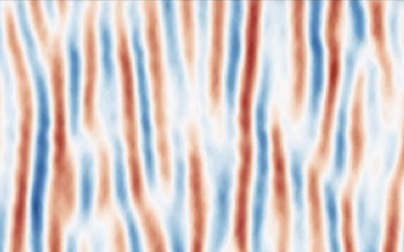 Watch an animation of the firehose instability. 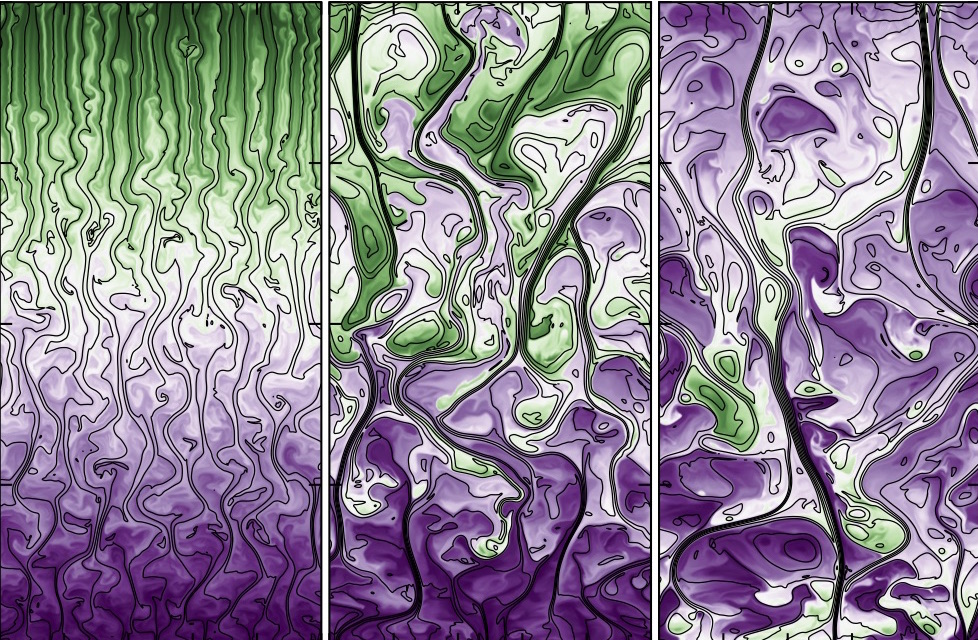 Quasi-global simulations of the ICM

Berlok & Pessah, 2016, ApJ, 833, 2.
On Helium Mixing in Quasi-global Simulations of the Intracluster Medium.

Local simulations of the ICM

Stability analysis of the ICM